Want to Feel & Do Better? Melt Your Perfectionist Iceberg! 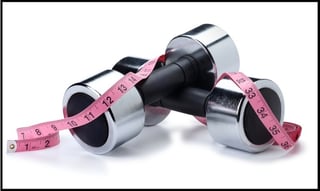 At the gym yesterday, I had a conversation with a woman named Gina on the treadmill next to mine. I didn’t recognize Gina as a regular so I asked if she was new to our YMCA. She said that she had started coming to the Y as part of a diet and exercise program, but that it wasn’t going well. When I asked why, she said – and I quote, “I promised myself that I would work out here every day until I lost ten pounds. But last week, I only got here five days. It’s a lost cause!” My first thought was that five out of seven days was a pretty good start. I told Gina this, but I could see that she didn’t believe it. This was looking like an example of how Perfection Icebergs can sink even the best-intentioned plans.

Iceberg Beliefs are rules we develop about ourselves, our world, and our futures. We learn them as kids, usually from our parents. They’re peppered with “musts” and “shoulds” and they lurk almost totally below our level of conscious awareness. That’s why we call them icebergs. And when we run into them, they can really drag down our mood and performance.

We all have different kinds of iceberg beliefs, but the ones that drive us to perfectionism are tough ones to manage. Perfection Icebergs sound something like this:

“If it’s not done perfectly, it’s a failure.”

“I must get everything right.”

I saw two clear signs that Gina had run into a Perfection Iceberg: First, she’d set a goal that was unreasonably hard to achieve – to get to the gym every day until she lost ten pounds. Second, instead of focusing on the five days she got there as a sign of progress, she jumped on the two days she’d missed as a sure sign of her failure. And she seemed ready to ditch her whole program.

The sad reality is that this kind of thinking and behavior plays out again and again for perfectionists not just at the gym but at work and in the rest of their lives. While perfectionism can at times drive us to higher levels of achievement, it can wreak havoc in our lives when overplayed.

If you think you might be a perfectionist and that it's getting in your way, here are a few tips to help you melt the iceberg that’s keeping it in place: