Grit or Agility - Which type of Resilience do you need right now?

I wrote in an earlier post about resilience achieving buzzword status and the challenges that this creates for serious resilience practitioners. Today we'll talk about two more terms that have become buzz-worthy - Grit and Agility. Both are actually forms of resilience, and recent work we've done with a client organization caused us to think more closely about what they are and how to build capacity for each.

We've been working with the senior leadership team of an early stage biotech company. They've spent the last several years doing what leaders at companies at this point in their development do - raising capital, developing proprietary technologies, building infrastructure, hiring key talent, and generally finding ways to survive while their new technology is being tested in human clinical trials. Now, all signs point to favorable patient outcomes, and the company is poised for explosive growth.

The CEO asked us to help him build resilience capacity in his leadership as they prepare to navigate this uncharted territory. After meeting with him and his team, I told him that they seemed to be highly resilient. He agreed. But he sensed that the next phase of their development would demand a different skill set, and he wanted to be sure that they'd be ready to shift into high gear when the time came.

We talked a great deal about the challenges that the CEO and his team had faced to date. They ranged from typical board and shareholder management issues, to cash crunches and eleventh hour bail-outs from investors, to intense competitive threats, to patient deaths. In many cases, the very survival of the company was at stake. I listened carefully and as he spoke, a common thread emerged in these events. They required the CEO and his team to push hard, non-stop, with heads down and shoulders to the load, often with no end in sight. Some challenges demanded deep problem diagnosis and carefully crafted solution strategies that needed to be fully formulated because the stakes were so high.

There was no question that the team exhibited resilience, but it was of a particular variety. They demonstrated Grit - an unflinching, purpose and passion-driven resolve to overcome adversity, recover, and continue moving forward over the long haul, no matter what. And because they had successfully overcome these challenges, the organization was poised to enter a very different phase - one that would require a very different kind of resilience. 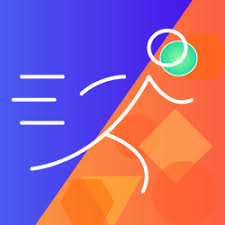 The CEO recognized that as the company ramped up to meet the anticipated demand for its products, the leadership team would need to learn to be Agile - more nimble and flexible especially when facing new and unfamiliar challenges. They'd need to react more quickly to the unknown and would have to get more comfortable jumping into action with less than perfect solution sets. They'd need to be more attuned to the changing needs of their expanding workforce. And because many of his leaders came from big pharma, and some were physicians and scientists, this would require some big shifts in styles and mindsets.

With all this in mind, we've been teaching the 7 Adaptiv Resilience Skills to the team with the goal of developing greater leadership agility. In a future post, I'll provide more detail on which Resilience Factors we're working to boost, and which need to be trimmed, in order to develop more agile mindsets in this senior leadership team.

It's a fun and challenging project, and in the spirit of developing agile mindsets, we're learning as we go!